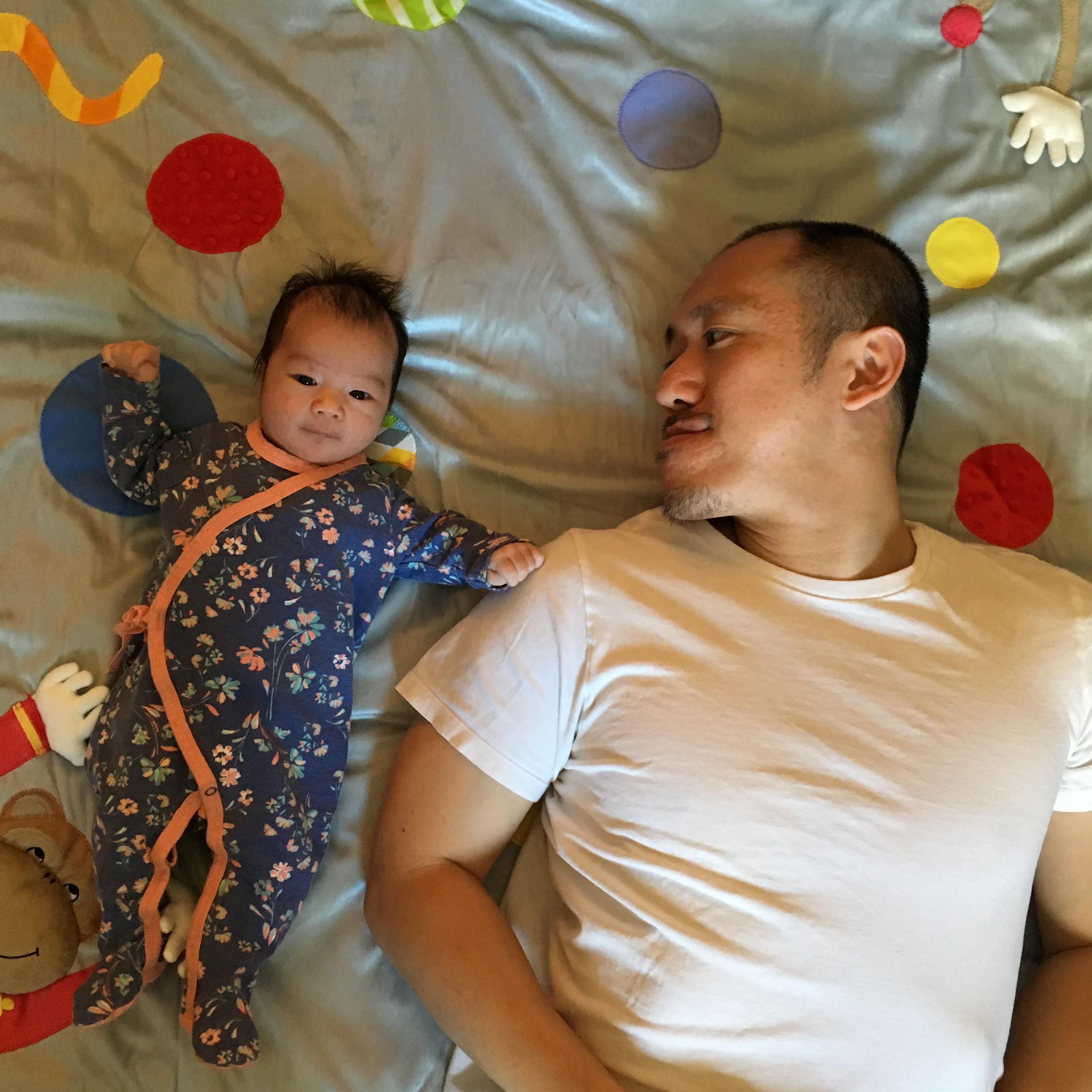 To celebrate Father’s Day, and shine a light on all the amazing dads out there, we interviewed our own cofounder and Chief Technology Officer Chhay Chhun about all things fatherhood, why he and his family chose city living, and of course, their favorite KidPass activities!

My wife, Li, is a second-generation Taiwanese-American, and grew up in New Hampshire. I’m what they call a 1.5x generation Cambodian-American (the kids who came over as refugees), and I grew up in the Bronx. We first met at a tech meetup I was running with my co-founder, Solomon. Li and I started talking and found that we had a handful of mutual friends. She was also looking for someone to DJ her ‘90s-themed birthday party. I just happened to be a DJ on the side, and the 90s was my favorite era, so naturally, I volunteered. She took me up on the offer, and in return, she gave me private yoga lessons, as well as helped me train for my first triathlon. And things took off from there. We now have a beautiful, rambunctious 9-month-old named Zoey.

Did you always know you wanted to be a dad?

Most definitely not.  I wouldn’t say being a dad was something I thought about when I was a kid. I was more into Nintendo, martial arts, and doing well in school (yes, I had a thing for wanting to do well in school). As I got older and as I became an uncle, the idea of having kids became more interesting, but for me, the idea of having kids always came with the preposition with. First, meet someone I’d want to spend the rest of my life with. Then, I’d think about whether I would consider raising kids with that person. There’s always the chance that your significant other doesn’t want kids. Thankfully, I met Li, and learned very quickly that she was someone I wanted to build my world around, and building a family was very important to her. Now both our worlds revolve around Zoey.

Why did you and your family choose to live in NYC?

NYC is home for us. We had a three-year stint in San Francisco, but when it came time to raise a family, we decided to move back to New York City. My parents still live in the Bronx and my sisters live in Connecticut. Li’s parents still live in New Hampshire, and her brother was living in NYC at the time. We wanted Zoey to grow up on the East Coast around family.

Li and I also thought about how growing up in NYC would shape Zoey. There are a few things I love about this city. There’s a certain energy that can’t be matched anywhere else. It’s the diversity of cultures, food, opinions, personalities, histories. It’s the city that never sleeps. Not to say that we won’t try and shelter Zoey from the worst things about this city, because as parents, we do need to be conscious of those things. As a kid growing up in the Bronx, I grew up fast. I’ve seen the best and the worst of people early on. Despite these things, Li and I truly feel that growing up in NYC is one of the best things we could do for Zoey.

And of course, there’s KidPass. It’s difficult to help run a company remotely. For KidPass to continue to be successful, we thought it was very important for us to live and work in NYC. And now with Zoey, we have a reason to use our KidPass membership!

What’s the most surprising thing about fatherhood?

Fatherhood is hard (but of course, motherhood is much harder). I think I expected that being a dad would be hard, but I’d say nothing really prepares you for the hard work. There’s the technical things you need to nail down: holding a baby, changing diapers, getting Zoey to sleep, keeping her alive, etc. And you’re trying to nail these things down while sleep-deprived. And then, things you did last week suddenly don’t work anymore this week. And the next week, she’s crawling around the house, which completely changes your entire world.

When Zoey was five months old, I took her to a Grownup & Me Mandarin class at Mandarin Seeds in Tribeca. I didn’t grow up speaking Mandarin, but it’s very important to Li that Zoey is able to speak Mandarin fluently, in addition to English. I remember Zoey being a bit tired, but when class started, she stood straight up, and was mesmerized by the teacher and the singing for the entire 45 minutes. Then she conked out afterward. I’ve never seen her so engaged. We’ve gone back a few times, and it’s always the same reaction. She stares and listens the entire time. So I’ll say that that’s Zoey’s favorite KidPass class.

My favorite would have to be the Little People Party in Williamsburg. It’s a large indoor soccer field with lots of toys, lots of room, and lots of bubbles. Did I mention that there’s an adjoining bar that you can order beer from and carry onto the field?

What’s your favorite thing about fatherhood?

My favorite thing about fatherhood is how dynamic and unpredictable life with Zoey is. It’s these little unexpected moments that I’ll replay in my head and think how amazing they are. Just the other day, she woke up, saw me next to her, and pulled the bed sheets over her head, and then back down. It dawned on me that she was playing peek-a-boo. It was a super sweet moment, and I kept telling my wife how Zoey decided to play peek-a-boo with me first. There are many, many other moments like these that I won’t bore you with, but I’m grateful to have the chance to watch her grow and witness her developmental leaps, no matter how small.