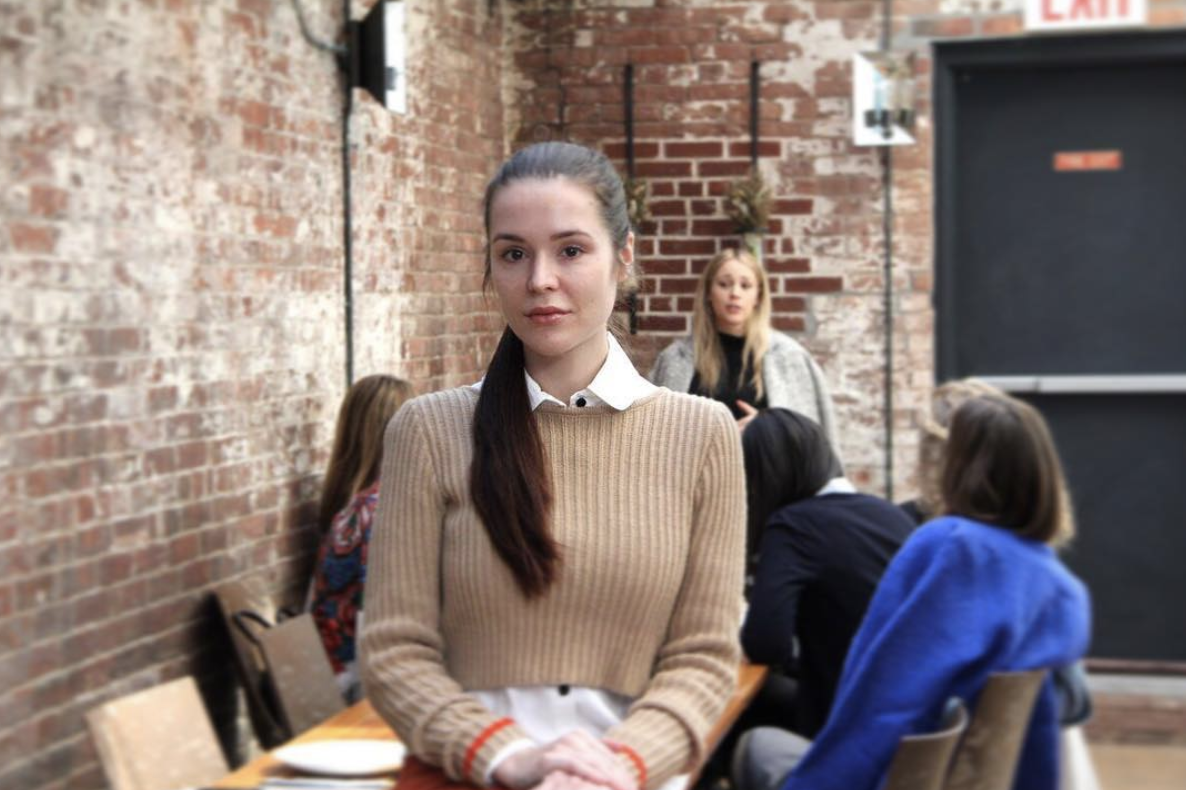 Our final interview is with Alexandra Kohan, the New York mom behind Mad Mama NYC, the blog filled with tips on not only parenting, but also life in the big city, fashion, wellness for moms, and so much more. We sat down with Alex to talk about being a “boy mom”, navigating all the advice out there, and her favorite thing about motherhood.

We’ve been in New York about four years. We came here when I was pregnant. I have two kids, one four, the other 10 months: Avi and Ari. Both boys. I’m a boy mom.

They are so different. The oldest is everywhere, doing so much mischief. He wants to be everywhere, do everything. He’s very energetic. He talks a lot. And my second boy is very calm. I put him to bed, he goes to bed. He’s no problem at all. He doesn’t object to anything. And he likes to observe. My first son likes to be in the action, you know, to be involved, and my second son just likes to sit and watch rather than take part.

With my first son, at first I was like, “Oh my God, what do I do with you?” But then he got older and started walking and talking. And now he gets into everything. That’s much harder. With the little one, he’s crying because he’s sleepy, he’s hungry, or you need to change him. So you try those three things and usually one of them works. It’s really simple.

My husband is a lot like my first son; very active, all over the place. I’m a little bit in between. Sometimes I’ll be calm, but I’m definitely more talkative than Ari. It’s really cool to observe who they’re becoming as human beings.

Did you always want to become a mom?

I don’t know. [Laughs] I was raised in a big family so I kind of thought I would want a big family. But I always had this feeling of not being ready. And then I met my husband, and somehow it clicked. But up until I gave birth to my first son, I was so afraid, the whole nine months. They say that pregnant women are so happy—and I was like, what am I going to do? There’s no going back now. I’m going to have a child—me, oh my God. And it never goes away. There are days when I wake up and I’m like, “Wow, I have kids.”

Do you like living in the city with kids?

We’ve lived pretty much all over the place—Queens, Manhattan, now Park Slope. I like Brooklyn compared to Manhattan; it’s more calm, people leave their doors open. It’s like a little town where people know each other. But you’re still in the city. I like it here; it has so much to offer. That’s why I started the blog, actually. There was so much to do, it was challenging to navigate.

There’s so much to buy and so much to do, especially in New York, that you can get lost. There are reviews and stuff, but it all feels like you can’t really know what’s good for you. You get so much anxiety. So my idea was to help provide that guidance.

And I wanted to make it to show mothers to focus on themselves, too. You know when you’re on an airplane, and they say you have to put your own mask on before helping others? It’s like that with motherhood.

How do you balance it all?

I work from home, and I have meetings, but most of the meetings I do are kid-related, so they don’t mind if I bring my kids with me. Sometimes it’s a challenge—I have to find a babysitter or make sure my husband is available, but we make it work.

It’s like—you know if you ever as a kid dreamed of becoming an actress or a singer, of having all these people admiring you? In motherhood, you kind of get this little following of your own. And I know it’s going to pass with age, but now, when they’re little, they kind of admire you like you’re a superstar. And you feel like you have to live up to what they expect; you have to commit to being that superstar for them. I think that’s really cool.